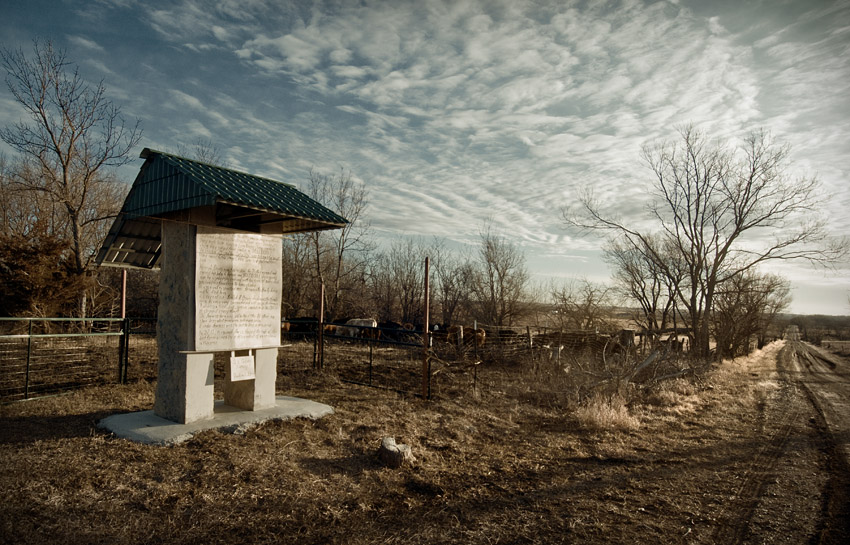 I was exploring some rough country roads in Morris County,near Dunlap, when I came across this. It’s common to view these areas and wonder about the story behind them, the people who lived here. They are usually silent, but this site shares its past. Welded into the marker:

“From the mid 1800s to the 1890s many ex-slaves moved from the South and settled by the Neosho River near Dunlap, KS.
They made their homes in Lyon Morris Chase counties where they raised their families in FREEDOM!
The “Crash of ’29” and the “Dirty 30’s” was too much for most.
Many moved to the large Cities. Some sent goods and funds back.
Henry L. Davis was born a slave. His Mother escaped and carried her baby to Kansas and FREEDOM! As a young man he worked the railroad with his team of mules and purchased this farm from the homesteader.
He was a well respected man. He raised his family here and he died here.
His second son – Ralph H. Davis – took over the family farm. He was a very successful and well respected farmer. Ralph’s son tried but serious vandalism in the 1980’s destroyed every thing!
The Harness farm was sold in the 1990s. All other ex-slave descendent farms were sold years prior.
London Harness was the last to live in the area.
In 2010, terminal illness forced the sale of the last farm owned by a descendent of an ex-slave in this area.
So Goes History!
Jackie L. Davis”

Blowin’ in the Wind 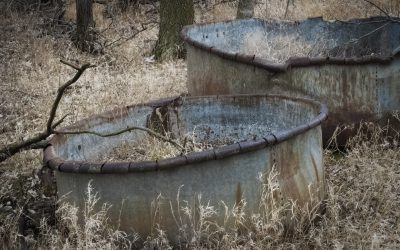 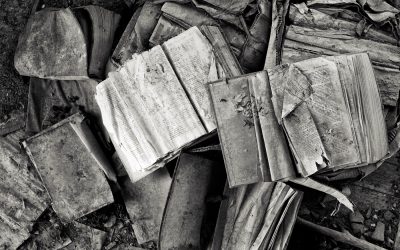 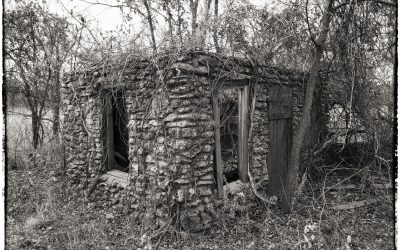