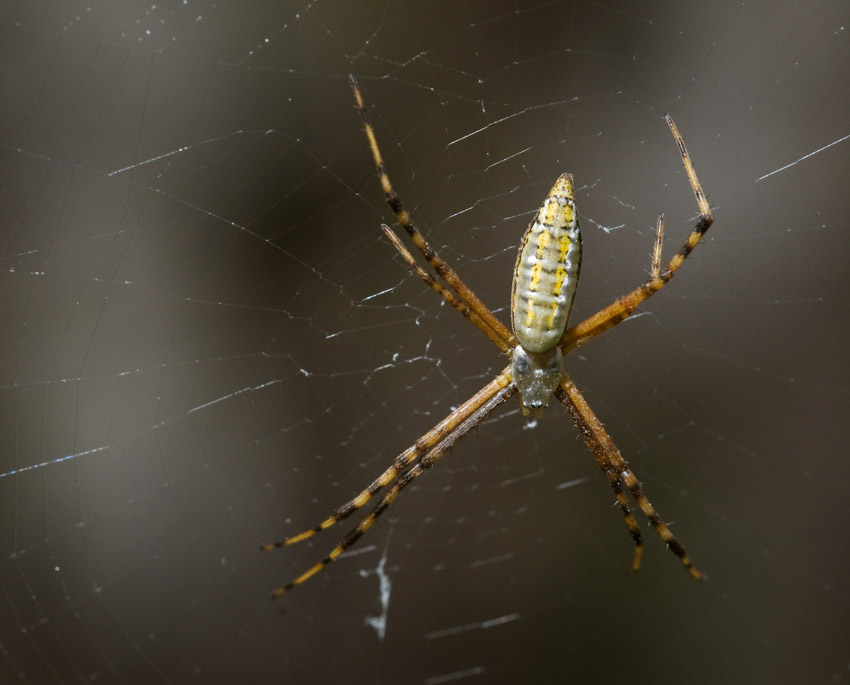 Over the years I’ve posted several photos of the big female golden garden spider (argiope aurantia). She’s more spectacular, but sometimes if you search nearby you’ll find a male. They are much smaller than the female, this one measures only 1 1/2 inch span. His girlfriend, in a web higher in the weeds, is easily three times his size. She’s shown below, preparing her web for today’s catch.
The male dies after mating, and may be eaten by the female. One would expect him to have mixed feelings as he looks forward to his first sexual encounter. 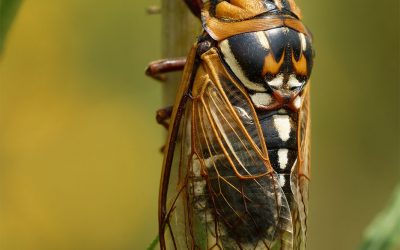 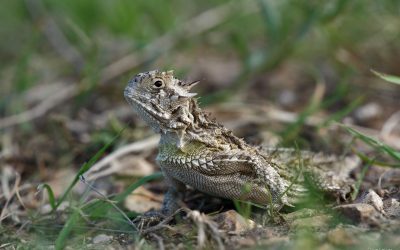 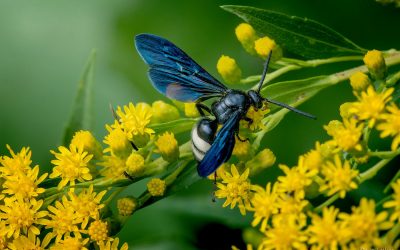